A guide to MWF Digital

Delve into a dazzling cinematic portrayal of a year lived largely in solitude, a high-wire psychodrama about art and power, or an exigent reflection of modern Britain and its imperial legacy. Then, tune in to MWF Digital to see each author in conversation on their novel.

MWF Digital is available on demand from 8am, 3 Sep to midnight, 15 Sep. Events are available individually on a pay-what-you-can basis, or you can go all in and purchase a Digital Pass. Heralded as ‘the literary debut of the summer’ (Vogue), Natasha Brown’s Assembly is a cleverly crafted story which unfolds over the course of twenty-four hours. Its narrator is a young Black woman considering the question of her own existence, and grappling with the life she’s led and the culture and society into which she was born. A cancer diagnosis, a long-awaited promotion, and a looming party at her white boyfriend’s lavish family estate provide the backdrop for her blistering interrogation of race, class, and privilege; all the while she asks herself, what has it all—climbing against the current, overcoming adversity—been for? Brown’s novella harmonises with the biggest issues of our day, supplying an exigent reflection of modern Britain and its imperial legacy. 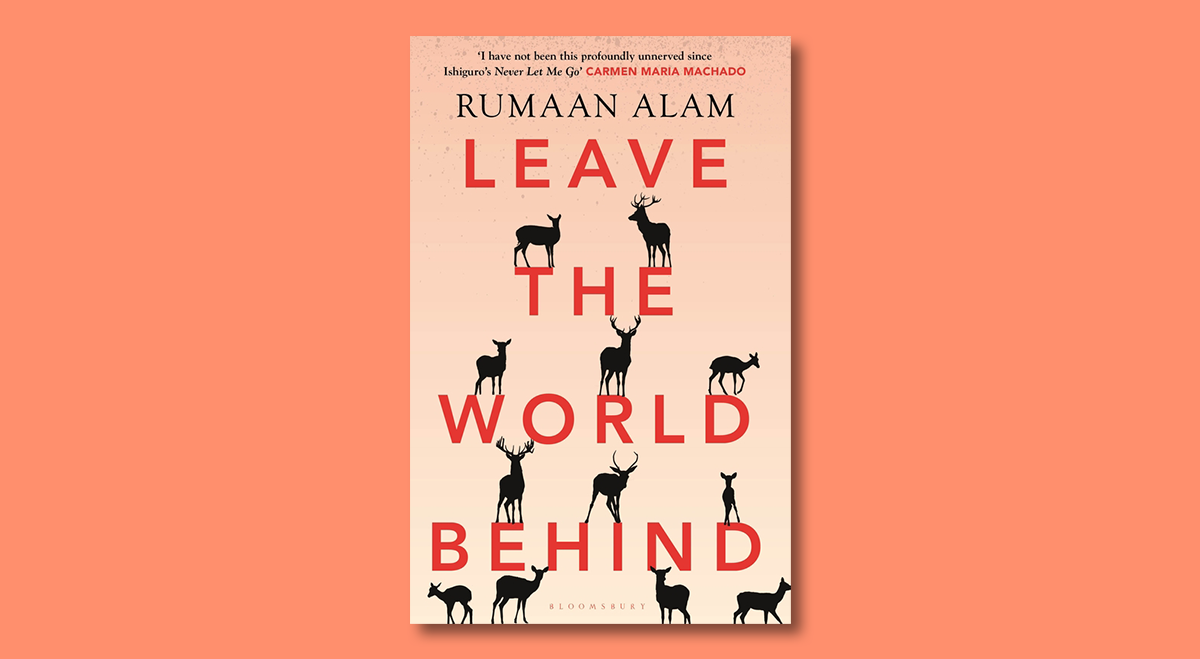 Leave the World Behind, Rumaan Alam

Dark and foreboding from the outset with a simmering undercurrent of tension that propels it forward, Rumaan Alam’s Leave the World Behind is less concerned with the catastrophe that may undo humanity, and more preoccupied with how we’ll relate to one another when the end is upon us. The novel focuses on a white middle-class family holidaying idyllically in a remote part of Long Island, only to have their vacation interrupted by the upper-class Black couple seeking refuge in their holiday house after a cataclysmic, mysterious event in New York.

Alam touches on race and class while throwing together two families who find themselves united by their fear of the unknown and their growing unlikely affinity for one another. Teeming with stunning imagery—never have flamingos and deer been conjured to such eerie effect—this novel is befitting the strange times we’re living in, as it sketches the minutiae of human relationships and our yearning for the small, familiar things when our lives come undone. Rachel Cusk is the author of memoirs of marriage and motherhood, essays and novels, including the genre-defying Outline trilogy which was hailed as a ‘reinvention’ of the novel. The New Yorker noted that ‘the central catastrophe in her fiction is family life… [she is] exquisitely attuned to the ways in which humans victimize each other’.

Recently longlisted for this year’s Booker Prize, Cusk’s latest novel Second Place extends these themes of female fate and male privilege. A woman invites a celebrated artist to stay with her family in their remote marshland estate, taking up residence in their guest house. The woman, M, is powerfully drawn to the artist, L, and looks to him to validate her middle-aged, wifely ennui. It’s both a comedy of manners about the perils of hospitality and a high-wire psychodrama about art and power and the gendered imbalance of ageing. As always, Cusk excels in her exacting and psychologically astute portrayal of women’s inner lives. The long-awaited sequel to Nguyen’s Pulitzer Prize–winning The Sympathizer is part literary thriller, part spy novel. Refugees several times over, The Sympathizer and his blood brother Bron arrive in 1980s Paris having fled Vietnam and now the United States. In an attempt to escape their past and safeguard their futures, they become drug dealers and struggle to assimilate to the dominant culture.

Tackling capitalism, communism and colonialism, this is a literary novel of ideas that addresses greed, prejudice and violence and the long and brutal legacy of the French Empire. Nguyen is incredibly funny, as well as a stylistic maximalist, and one of the many highlights of this novel is a seven-page sentence that begins with The Sympathizer getting beaten up in a park and ends with him trying heroin. This violent, nihilistic novel is written in a frenetic and relentless pace and brilliantly showcases Nguyen’s extraordinary intellectual dramatic range. 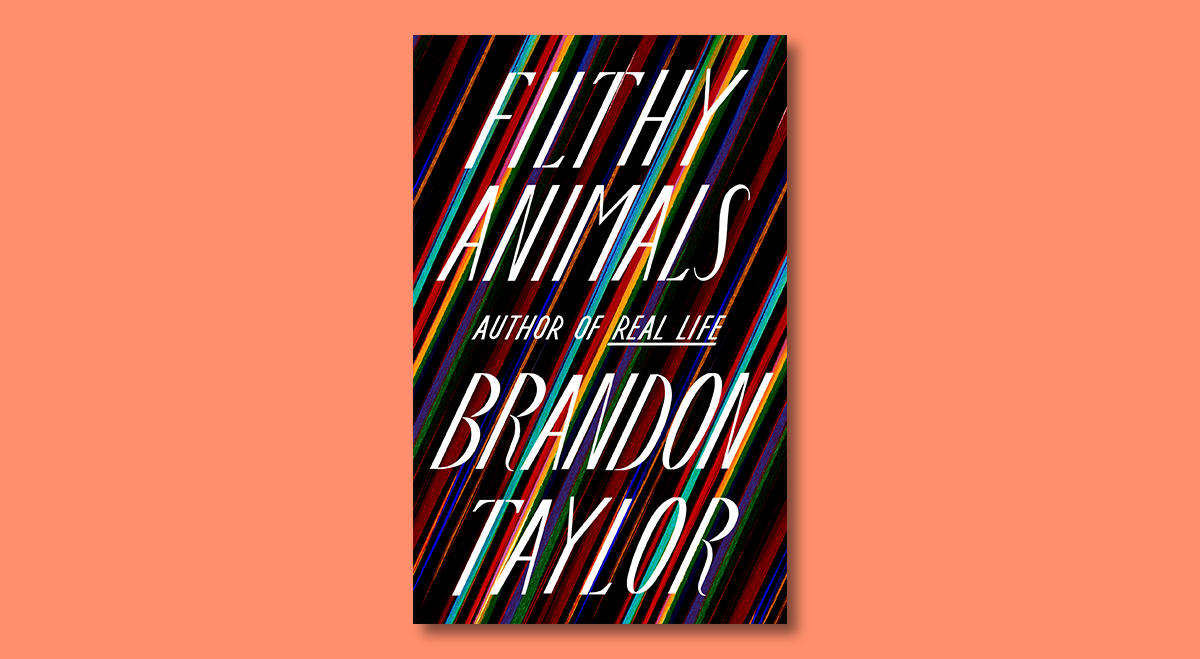 Real Life, Brandon Taylor’s debut novel, was shortlisted for the 2020 Booker Prize for its ‘deeply affecting story about the emotional cost of reckoning with desire and overcoming pain.’ He continues an exploration of these themes in his highly lauded and captivating collection of short fiction, Filthy Animals.

Supplying a through line, a series of interlinked stories revolve around the same character and his psychologically taut encounters with two dancers in an open relationship. In other stories, a young woman reckons with the disease draining her body and her family; dark undercurrents besetting a group of teenagers explode in violence; and a couple treads the jagged edges of connection and comfort. Set against the milieu of the American Midwest and zeroing in on a range of characters caught in the thralls of life and love, these virtuosic stories paint a tender portrait of the retreat from anguish and the yearning for intimacy. What Are You Going Through, Sigrid Nunez

Much like her previous award-winning novel, The Friend, Sigrid Nunez’s What Are You Going Through is narrated from the perspective of a middle-aged woman, exploring themes of mortality, friendship and grief. It concerns itself with questions big and small—climate change, death, ageing, parenthood and friendship—by interspersing vignette-like fables and anecdotes with the central narrator’s preoccupations on how best to help her friend as she grapples with the end of her life. Nunez writes with compelling clarity on what it means to live and love, and alongside luminaries like Jenny Offill, excels in her depictions of our rich interior lives, and the ways in which they intersect with broader societal concerns. It’s a tender, illuminating and heartbreaking read all at once. In a novel tailor-made for our times, Lahiri’s nameless narrator moves through the streets of an unnamed city, on her own. She doesn’t have many friends, or much family to speak of. Told in vignettes, each chapter is named after a location we usually experience alone. The woman, who is in her mid-40s, begins ‘On the Street’, ‘In the Piazza’ and ‘In the Bookstore’, then later moves through the living conditions that are now acutely familiar to everyone, ‘In My Head’, ‘On the Couch’, ‘At my House’.

This is not a novel about the pandemic, but a dazzling cinematic portrayal of a year lived largely in solitude which, Lahiri notes, ‘requires a certain discipline’. First written in Italian and then translated by Lahiri herself into English, this is a rare artistic achievement and a haunting and transporting portrait of a woman hovering on the threshold of what’s been lost in the past, and the hope that lies ahead. Since 2009, award-winning British hip-hop artist, author and educator Akala has been posing a question to young people in schools, community centres, prisons, writers festivals, and some of the world’s most famous stages. ‘Is it Shakespeare, or is it hip-hop?’ Apparently Sir Ian McKellan, one of the world’s most respected and experienced Shakespearean actors, who is a supporter of Akala’s Hip-hop Shakespeare Company, can’t always get it right.

In 2018, the multi-talented artist published his first book, the searing polemic Natives: Race and Class in the Ruins of Empire. Now, Akala has published his first book for teen readers. The Dark Lady is set in Shakespearean London’s toughest slum, where Henry, a fifteen-year-old orphan and thief with magical powers, finds his way through the tangled streets. Tackling the same themes of inequality, identity and class that run through all of Akala’s talented works, his debut YA novel demonstrates that reading is a true super power. 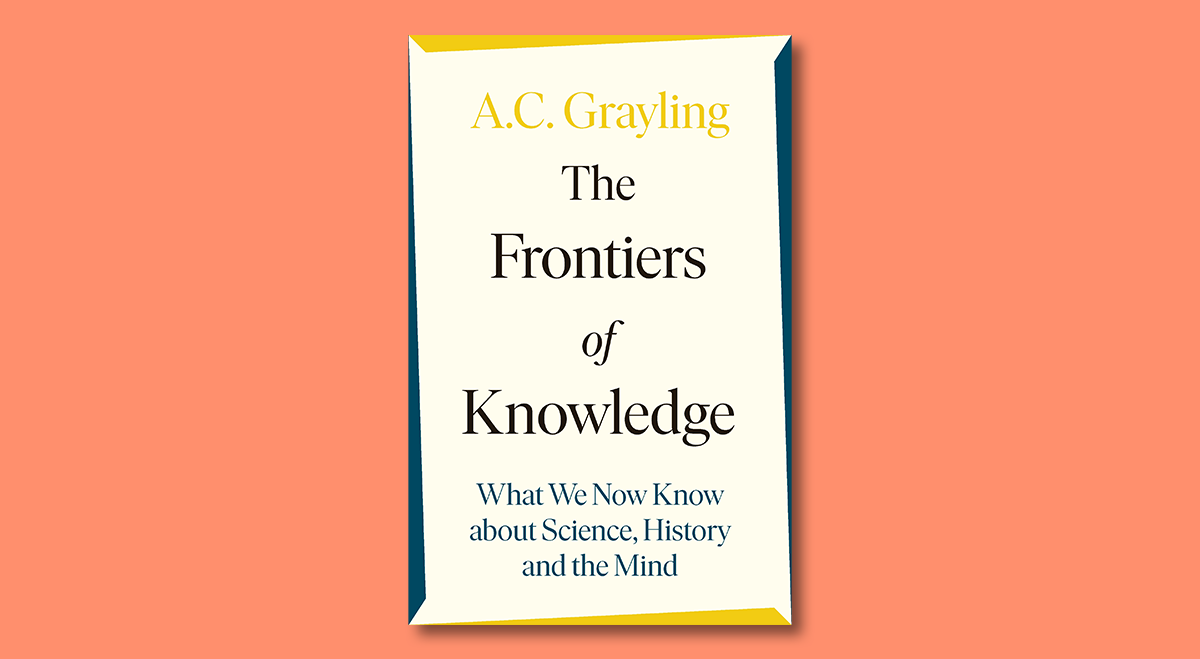 The Frontiers of Knowledge, AC Grayling

A perennial writers festival favourite, AC Grayling is one of the most popular and celebrated philosophers in the world. He is a true polymath—the author of over thirty books of philosophy, biography, history of ideas and essays—with an unprecedented ability to distil and communicate his remarkably expansive breadth of knowledge and wisdom with clarity and charm. Grayling’s thinking is complex, but his addresses are never condescending. Who better then, to address the knowledge explosion, and bring the full weight of his intelligence to bear over fundamental human questions of what we know, how we know it, and what we might know in the future? Based on his newest book The Frontiers of Knowledge, Grayling delivers an address that traverses the history of science, life on earth, and the human mind itself. What White People Can Do Next, Emma Dabiri

Emma Dabiri’s background as a social historian comes to the fore in her slim thought-provoking manifesto What White People Can Do Next, as she traces the historical origin of race as a social construct, situates it as an inseparable bedfellow of capitalism, and charts the limitations of the terms ‘ally’ and ‘allyship’, online activism, cancel culture and identity politics.

Dabiri juxtaposes critical race theory and historical context—paying homage to movements like the Black Panthers and the Combahee River Collective and critical thinkers like bell hooks, Audre Lord, Angela Davis and Fred Hampton—against contemporary social movements and her own devastating personal experience of racism in Ireland. Arguing for collective liberation and coalition building between the various groups disenfranchised by whiteness and capitalism, Dabiri writes: ‘A more equal distribution of wealth would be a panacea for much of this, but “whiteness” takes the heat off wealth-hoarding elites while everyone else fights each other.’